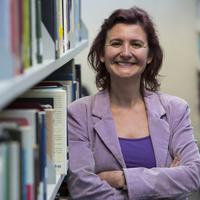 Özlem Onaran is Professor of Economics at the University of Greenwich and the director of the Greenwich Political Economy Research Centre. She has done extensive research on issues of inequality, wage-led growth, employment, globalization, gender, and crises. She has directed research projects for the UN International Labour Organisation, UNCTAD, the Institute for New Economic Thinking, the Foundation of European Progressive Studies, the Vienna Chamber of Labour, the Austrian Science Foundation, and Unions21. She is member of the Scientific Committee of the Foundation of European Progressive Studies, Scientific Advisory Board of Hans Boeckler Foundation, and the Policy Advisory Group of the Women’s Budget Group, member of the Coordinating Committee of the Research Network Macroeconomics and Macroeconomic Policies, and a research associate at the Political Economy Research Institute of the University of Massachusetts, Amherst. She has more than eighty articles in books and leading peer reviewed journals such as Cambridge Journal of Economics, World Development, Environment and Planning A, Public Choice, Economic Inquiry, European Journal of Industrial Relations, International Review of Applied Economics, Structural Change and Economic Dynamics, Eastern European Economics, and Review of Political Economy.