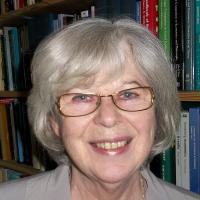 Sheila Dow is Emeritus Professor of Economics at the University of Stirling in Scotland and Adjunct Professor of Economics at the University of Victoria in Canada. She received her training at the Universities of St Andrews, Manitoba, McMaster and Glasgow. Her main research interests lie in the theory of money, banking and monetary policy, and the history and methodology of economic thought. Her most recent book is Foundations for New Economic Thinking, Palgrave Macmillan 2012. She is co-editor of the WEA’s online journal, Economic Thought: History, Philosophy and Methodology. Past roles include co-Chair of the PKSG, Chair of the International Network for Economic Method and special advisor on monetary policy to the UK Treasury Select Committee.