Minsky’s ideas have recently gained prominence in the mainstream as well as in the heterodox literature. However, there exists no agreement upon the formal presentation of Minsky’s insights. The aim of this paper is to survey the literature and identify differences and similarities in the ways through which Minskyan ideas have been formalised. We distinguish between the models that focus on the dynamics of debt or interest, with no or a secondary role for asset prices, and the models in which asset prices play a key role in the dynamic behaviour of the economy. Within the first category of models we make a classification between (i) the Kalecki-Minsky models, (ii) the Kaldor-Minsky models, (iii) the Goodwin-Minsky models, (iv) the credit rationing Minsky models, (v) the endogenous target debt ratio models and (vi) the Minsky-Veblen models. Within the second category of models, we distinguish between (i) the equity price Minsky models and (ii) the real estate price Minsky models. Key limitations of the models and directions for future research are outlined. 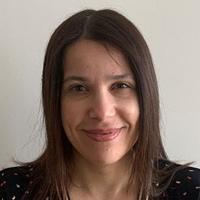