The past decades have witnessed a strong increase in household debt and high growth of private consumption expenditures in many countries. This paper empirically investigates four explanations: First, the expenditure cascades hypothesis argues that an increase in inequality induced lower income groups to copy the spending behaviour of richer peer groups and thereby drove them into debt (‘keeping up with the Joneses’). Second, the housing boom hypothesis argues that increasing property prices encourage household spending and household borrowing due to wealth effects, eased credit constraints and the prospect of future capital gains. Third, the low interest hypothesis argues that low interest rates encouraged households to take on more debt. Fourth, the financial deregulation hypothesis argues that deregulation of the financial sector boosted credit supply. The paper tests these hypotheses by estimating the determinants of household borrowing using a panel of 11 OECD countries (1980-2011). Results indicate that real estate prices and low interest rates were the most important drivers of household debt. In contrast the data does not support the expenditure cascades hypothesis as a general explanation of debt accumulation across OECD countries. Our results are consistent with the financial deregulation hypothesis, but its explanatory power for the 1995-2007 period is low. 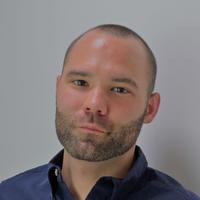