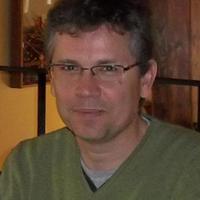 Carlos J. Rodríguez-Fuentes is Associate Professor (‘Profesor Titular de Universidad’) in the Department of Applied Economics at the University of La Laguna (Spain, Canary Islands). He was educated at the University of La Laguna, where he got his Degree in Economics (1985-1990). From 1993 to 1994 he was granted by the Stevenson Foundation (University of Glasgow) and the Spanish Government (Ministerio de Asuntos Exteriores) to conclude his Ph.D. in the Department of Economics at the University of Stirling (Scotland), under the supervision of prof. Sheila Dow. His Ph.D. (entitled Monetary Policy and Regional Economics) was awarded in 1996 (and later on published) by the Spanish Economic and Social Council (CES). His research interests are mainly focused on Post Keynesian monetary theory and regional finance. He has published in the international journals “Papers in Regional Science”, “Regional Studies” and the “Journal of World Economics Review”, as well as in other Spanish refereed journals (“Revista de Estudios Regionales”, “Revista Asturiana de Economía”, “Papeles de Economía Española”, “Información Comercial Española”, “Estudios de Economía Aplicada” and “Perspectivas del Sistema Financiero”). He has also contributed to books published by Edward Elgar, Ashgate and L´Harmatan. In 2006 he published the book “Regional Monetary Policy” (London: Routledge).